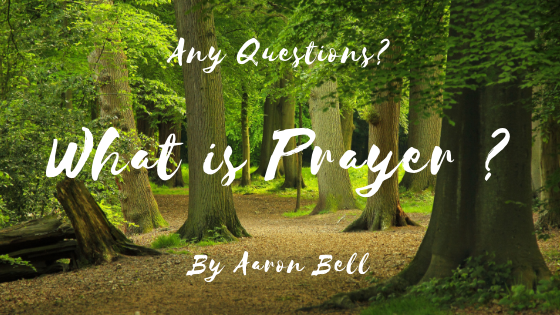 As Christians, there is a need to speak with God. A defining feature of the Christian God is the fact that we can communicate with him and have a relationship with him. In Fact, we can speak with him on a whole range of subjects. We aren’t limited to a pattern or a script. I’m sure you are all aware that we reject the common book of prayer in favour of open prayer. This is because at the most fundamental level we can speak to God as someone would speak with a friend. Some other religions, God is a big scary being that must not be spoken to outside of the words of a holy book. Muslims have the Koran and pray far more diligently that we do with 5 daily prayers. however, we don’t have this diligence or a need to pray in the same way.

Now I’m not going to say that the structure is to be stuck to or that you have to pray in these 4 parts. In a lot of cases we need to pray a prayer of thanksgiving, or in a case where we find ourselves in great trials, we may need to have a dual prayer of adoration and supplication. This week we are looking at the first one which is adoration.

Why do we need to adore him?

deep love and respect. Worship; veneration. This is the definition of adoration, however. As we were looking at what is a Christian we can see that the key purpose is to worship God. But how does that materialise in the form of adoration? Why do we need to do it? If God is all knowing and all understanding then why would God need us to tell him in prayer what we think of him? If you spoke to a friend the way we spoke to God then it would be flattery. Are we trying to make God feel good before we then start asking tough questions in confession and in Positioning? If this is why you are saying these words then they are as empty as the words of the Pharisees. It’s a waste of time then.

Well no it’s not because if we really mean the words then it’s not a reminder to God but a reminder to us and a reminder to the ones around us. We also would say that it would be wrong for someone not to start some of the truths about God. “Who art in heaven” is a great quote to the hight and the grandness of God the father.

Are we using empty words seeing as God doesn’t need to hear them?

When we praise God for being a creator it’s not that God has forgotten what he has done for us in creation. But it’s not that God needs to hear it either but we can sometimes see that by calling God the creator then makes problems of the worlds become a lot smaller when we address them to the one who created the universe around the problems.

If a friend is diagnosed with cancer is it that God lost control or he made a mistake. If God was not adored then we in a sense are only asking God to work a miracle. Maybe he wouldn’t be able to do it. Maybe it is out of control? Contrast this with a prayer that opens with “God the Creator, the one who formed the body and the soul and has our birth and life planned out from before the formation of the earth”. We can see that all things are in his control and we can be put to rest by this. Without adoration we are shrinking God to a wishing well where we ask for and give thanks.

Can we flatter God?

Flattery is where we say empty words to please a person. Generally, it’s not true and we are only wanting to make them feel better so that they can give us something in return.

If I was setting up a businessman setting up coffee shops I would say this adoration part so that God will then give me the customers and the business know how to run them all. But I would shower God in these empty words so that my request is more genuine.

But prayer doesn’t work that way because God can see straight through the heart and knows how we think. There is nothing wrong with opening a chain of coffee shops or asking God for wisdom and guidance in running them. You should not feel like you have to say them but you should keep in mind that prayer is a privilege and that God desires to hear. Your heart and mind should be constantly desiring to pray to God because it would be odd to do otherwise. To remembering how high above us God then allows us to confess, give thanks and request from God on a better foot than one who only requests and give thanks.